PODCAST: How to build an agency using M&A and survive the business rollercoaster with Anton Jerges 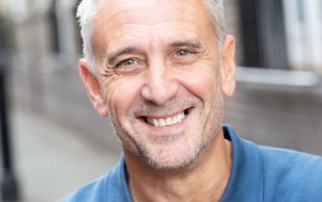 Anton Jerges, MD of We Are Collider, has been in the experiential agency and events industry for 30 years, starting out in business development and trade shows before founding his first agency in 1997.

He then moved on to his second agency, We Are Collider in 2003 which experienced explosive growth and then went on to acquire several smaller agencies into their newly founded integrated agency.

This should be a simple story of success, but today, we have a real rollercoaster weaving through our acquisitions.

In 2015 We Are Collider was rocked when they found a major fraud in the business committed by their head of accounts, who then skipped the country.

Not only did Anton and We Are Collider survive this massive shock, but continued to make more acquisitions.

However, we’re not over yet!

Collider was then made an offer to join an even bigger international agency, before COVID came along and scuppered the deal.

Today we have a story of survival. Anton relaunched Collider at the start of 2021 and is now enjoying explosive growth yet again.